​Pizza Mike grew up in Columbus, Ohio enjoying great Italian food, on recipes passed down by his Grandpa Joe Collura and his Mother’s Sicilian recipes.

In 1995, he took these recipes and opened Michael’s Pizza on Maize Road.  In 2003, after outgrowing this location, he opened a sit-down restaurant “Michael’s Italian Kitchen” in Uptown Westerville.  By this time, many state, national and international awards had come his way.  In 2006, he changed the history of Westerville and the City from being known as the “Dry Capital of the World.”

At 1:49 p.m. Jan. 12, 2006, Michael Evans of Michael's Pizza served the first legal beer at an Uptown Westerville establishment since the 1879 end of the Whiskey Wars, part of Westerville's fabled temperance history.

Bill Morgan, a local jeweler, paid $150 to W.A.R.M. (Westerville Area Resource Ministry—Local Charity) for a Budweiser long neck and the opportunity to break Westerville's long dry spell. "Here's to a new tradition," Morgan said, holding up the bottle to toast the excited crowd gathered at Michael's to watch Westerville history in the making Thursday. "I'm proud of the traditions of Westerville, but it's time for a change. It's time to compete."

As a village first incorporated in 1858, Westerville banned the sale of alcohol with its first adopted ordinance. When the state of Ohio for a time revoked local municipalities' power to regulate alcohol sales, resident Henry Corbin opened a saloon at 37 W. Main St. in 1875, sparking large-scale protests by local temperance backers and launching the famous Westerville Whiskey Wars.

An explosion lifted the roof off the West Main Street building a few years later, forcing Corbin to relocate the saloon to a State Street location. It, too, was dynamited -- in 1879, ending Uptown liquor sales until last week. Decades later a former Otterbein College student admitted to dynamiting the State Street Corbin's Saloon in a letter to the editor in the New York Times. He said he feared for the soul of his college dormitory room mate, after the room mate returned home drunk from the saloon.

Recognizing the city's temperance fervor, in 1909 the Anti-Saloon League moved its national headquarters to Westerville. From here it ran the publicity campaign which helped lead to national Prohibition and the city earning the nickname Dry Capital of the World -- local history that can be explored today at the Anti-Saloon League Museum at the Westerville Public Library, 126 S. State St. 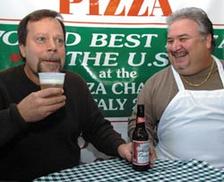 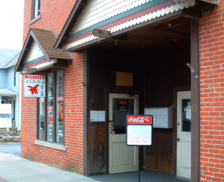 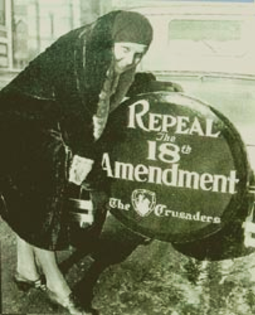